Sometimes you can get rid of things in ways you never would have expected. Take, for example, the mix tapes I found last night in a box. Yes, I said mix tapes, those goofy compilations of music that we used to put on cassette and give to friends back in the ’90s.

I have 16 of them. I haven’t listened to them in years because I don’t have a tape player. And since I probably won’t be getting a tape player anytime in the near future, I’m perfectly okay with bidding them farewell. 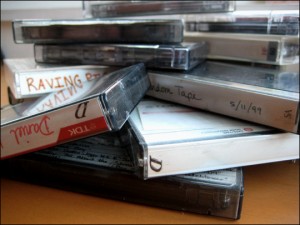 I didn’t just want to pitch them in the dumpster, though, so I booted up google and started hunting for ways to recycle them. After finding all sorts of kooky DIY projects out of cassettes, I ran across an article that suggested Craigslist. I chuckled, but thought I might as well give it a shot. If nobody responded, I only spent 10 minutes putting up the listing.

“Getting rid of all those mix tapes I made in high school – Anyone want them? You can mock my taste in music back in the ’90s or erase them and tape over or pick them apart for an art project or really whatever you want. Totally free, just come and get them. There’s 16. In cases.” 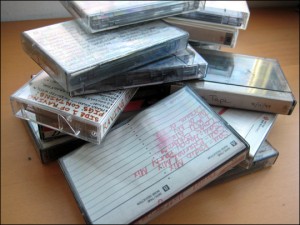 I got 6 responses before I finally took down the listing.

One guy said that he was tired of CDs skipping when he went out on his boat and wanted to go back to the older technology.

Another guy wrote that he was intrigued by my post and was interested in taking a trip down memory lane and listen to what I had recorded on the tapes.

I even got a woman who’s doing a whole art project involving mix tapes.

All of this tells me two things… First, that there are creative ways to re-use items that you don’t want anymore (and, in fact, there’s probably someone out there who wants it even if you can’t understand why they would)… and, Second, that you can probably get rid of just about anything on Craigslist if it’s free.