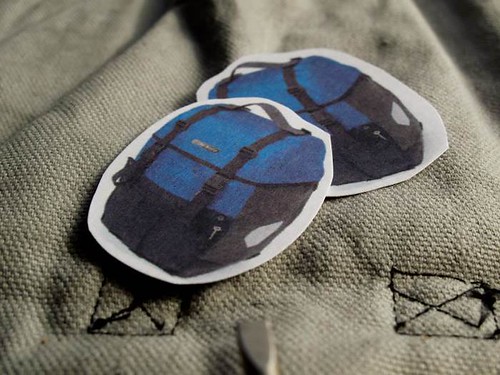 Back in 2008, when we were first getting into bike touring, I ordered Laura a pair of Ortlieb Bike-packers for her birthday. They were going to take a few days to arrive and, not wanting to be empty-handed on the special day, I printed out a photo of two small panniers and put them in an envelope. The Ortliebs eventually showed up and we did several short tours around California. Little did we know that the next year we would end up selling or giving away most of what we owned to travel by bike for three years. We’ve used Ortliebs for a long time and, while we’ve also used bags from different makers and manufacturers, they will always have a special place in our heart. 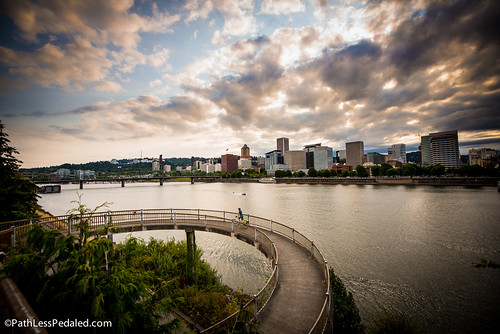 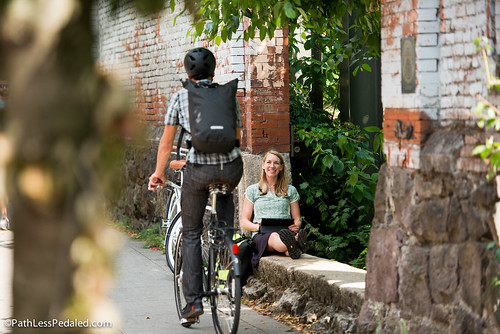 When we got an email from a long time acquaintance at OrtliebUSA about the possibility to shoot images for their next catalog, we leaped at the chance. This was a brand that we had used and loved for many years and now we had the chance to help with their new marketing. Heck yeah! The funny thing is that, when we were on the road traveling, I had mused about how it would be a “dream gig” to shoot for Ortlieb. 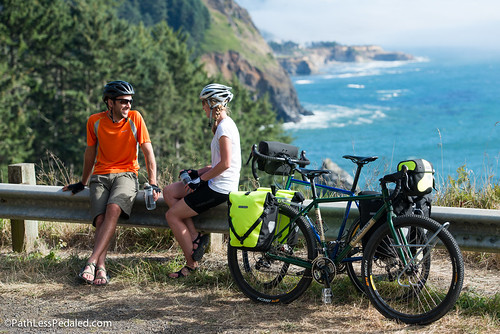 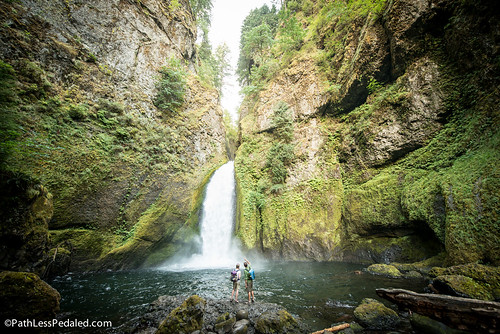 Sometimes you get what you ask for, it just takes a couple of years. And in hindsight, I’m glad it did take a couple of years to come together. It took the knowledge of shooting and logistics that we’ve learned over the last few years to pull it all together. If it weren’t for our experience with filming the Oregon Scenic Bikeways and learning how to scout locations, plan shoot days, work with talent, and make the impromptu creative decisions that brings some magic to an image, we probably never would have been able to pull it off. 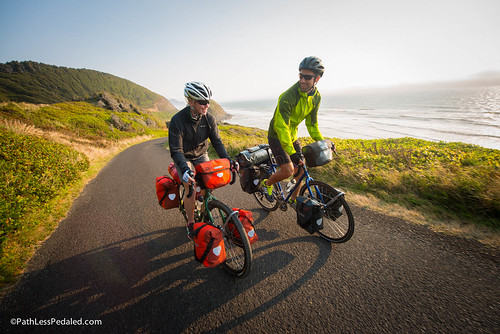 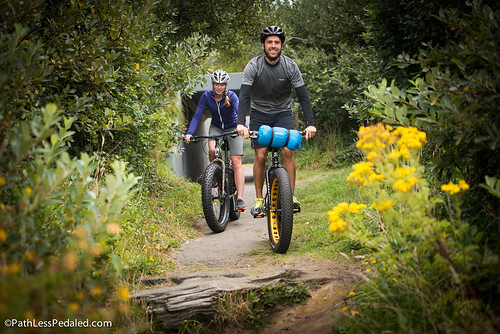 The weeks leading up to the shoot, we rode bikes all over Portland looking for places we could stage vignettes; we spent three days on the coast looking for JUST the right spot where we could shoot, capture the rocky coast AND be away from traffic; and I did test after test of different angles to figure out how best to shoot the bags. In all the pre-production, we even dug out Laura’s blue panniers to better visualize. Of course, they’ve seen better days. The color has faded, a few of the buckles have snapped, but to their credit, they are still waterproof and work just fine. 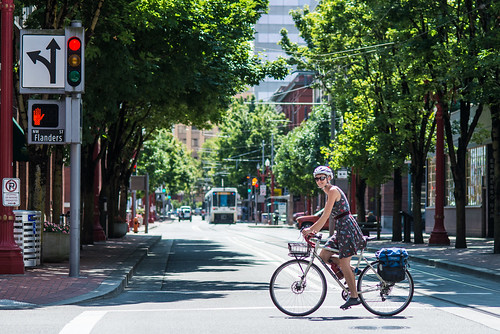 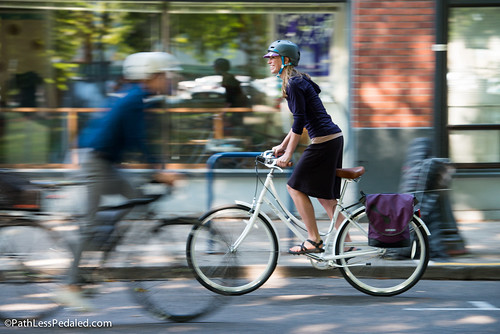 When the first of seven days of shooting came around, I was nervous. Two people from Germany had flown into town to art direct and guide the shoot. We had discussed the new look they were trying to achieve, looked at samples their graphic designer sent, and talked about what they liked and what they didn’t like. When the talent and U-Haul full of product and bikes showed up the first morning, it was more or less full-tilt from the second we opened the cargo door to when we shut it at 8pm that evening. 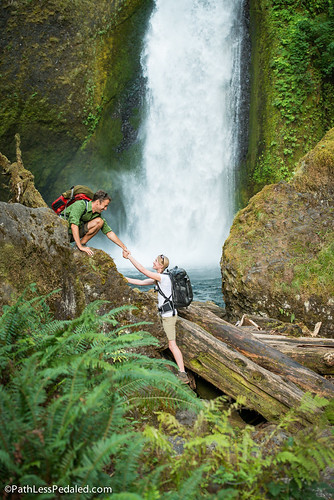 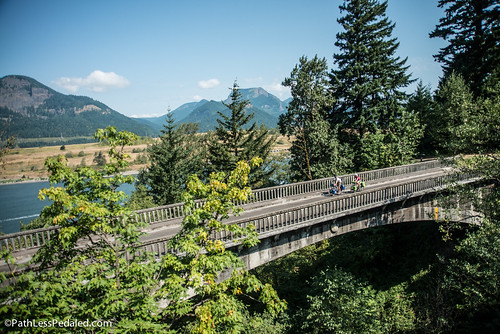 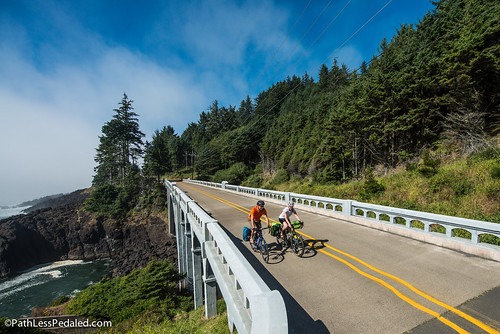 The amount of product we had to shoot (from bike bags to hiking backpacks to kayak gear) was overwhelming to think about all at once. The most I could do was concentrate on the products at the moment. We did shots with motion blur, shots that were perfectly crisp, that showed details, that told a story, etc. I shot wide, then medium, then close-up. I was juggling two Nikons and four lenses, carefully pacing the amount of memory cards we had. There were some shots that we tried over and over to get and some that we got on the first try. Some vignettes were pre-planned, some we discovered along the course of the day. The whole week, there was a constant tension of following the schedule but also being able to try something on a whim. It was chaotic, stressful, challenging, and fun, all at once. 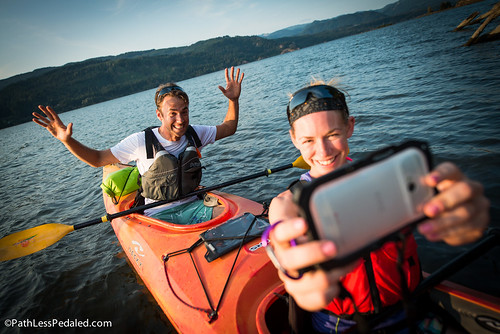 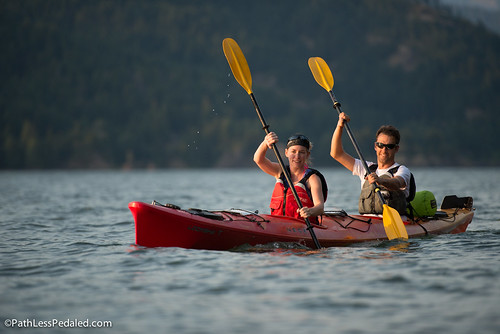 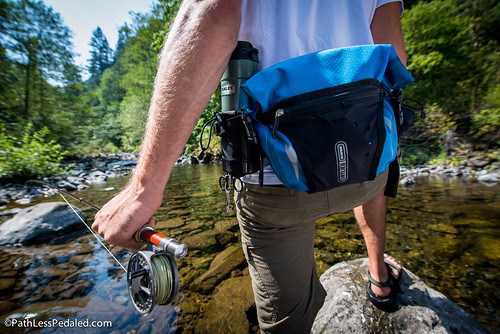 Throughout the whirlwind, we found a renewed respect and appreciation for Ortlieb as a company. Living in the Pacific Northwest, it’s easy to think of them as an enormous corporation, since their products are simply everywhere. But we learned that they are actually a relatively small company, all based in one location, where they design, build, and distribute their products. When they first started, no one was making waterproof panniers like they wanted, so they made their own machines! We learned that it wasn’t uncommon for people to work 15 or 20 years (or more) with the company. We also learned why their products can cost so much – they want to keep everything German-made and pay their employees a living wage. And we learned that, every year at Christmas, they buy cookies from a bakery in the town where they’re based, and ship them to their distributors as a sign of thanks. 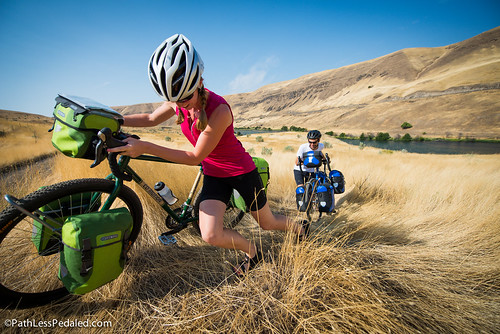 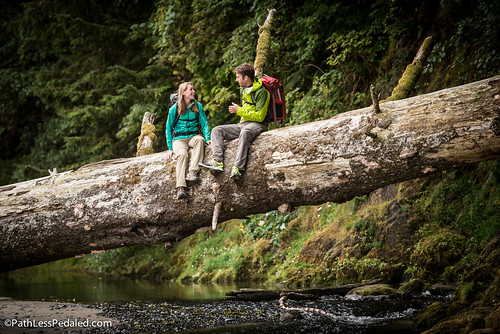 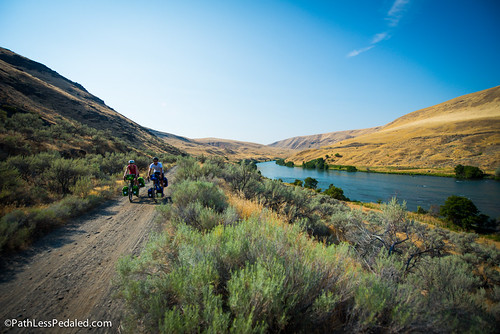 By the end of the shoot, we had photographed in Portland, in the Columbia River Gorge, along the Deschutes River, and on the Oregon Coast. It was a whirlwind shoot and, when it was over, we were all pretty spent. We saw Rolf and Kristin off at the airport, on their way back to Germany (where they had to quickly prepare for Eurobike), and there were hugs all around. The shoot was hard, no doubt, but we were happy with the images we captured and are looking forward to seeing them in their marketing materials in the next year. For me, it was a “dream gig” that eventually came true. But perhaps more interesting was meeting the people behind the company and learning the human side of those little paper panniers I had cut out years ago. 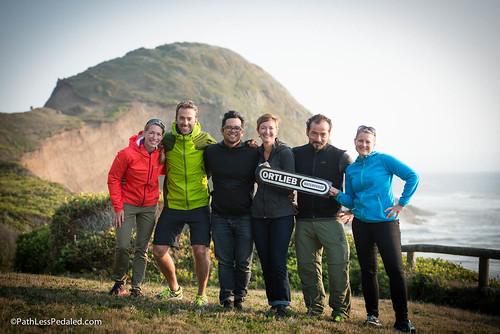