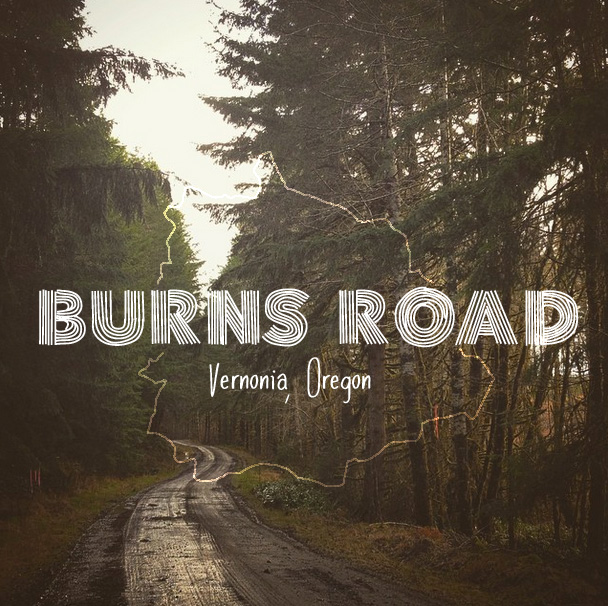 This weekend, despite very uninviting weather, we made our way to Vernonia for another gravel recon ride with some members of Travel Oregon’s Gravel Working Group. The goal of these gatherings, aside from pedaling on some amazing gravel roads, is to try to develop a sense of what makes a great gravel ride for visiting cyclists and discuss some of the issues surrounding gravel tourism. This weekend’s ride started near Vernonia, OR (one of the bookend towns on the Banks-Vernonia Rail Trail). 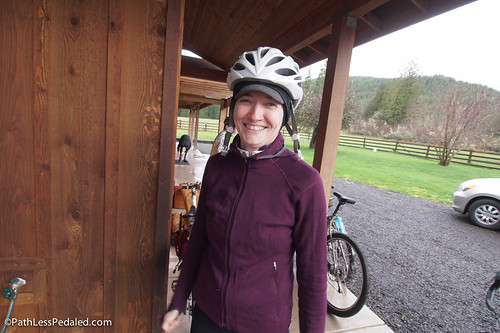 Getting ready to ride at the Coastal Mountain Sport Haus.

We met at the Coastal Mountain Sport Haus, a beautifully appointed European style resort. Glen and Sandy are avid cyclists and based the lodge around some cycling lodges in Europe. It has an amazing yoga room, a mini tavern in a barn and a soaking pool that overlooks the property. Sandy is an excellent cook and provides breakfast and dinner for guests and takes into consideration any and all dietary restrictions. Their hope is that people will plan to basecamp at their property and tackle any number of the paved and non-paved roads in the surrounding mountains. 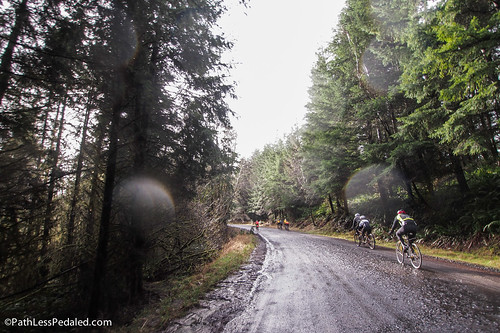 The weather was foreboding but we decided to ride anyway (it couldn’t possibly rain the WHOLE time could it?). We had a good group of people from Evan Ross who owns Cycle Portland Bicycle Tours; to Lisa Luna who is in charge of the adventure biking programs at Mountain Shop, an outdoor store in Portland that also rents gravel bikes, fat bikes and bikepacking bags. 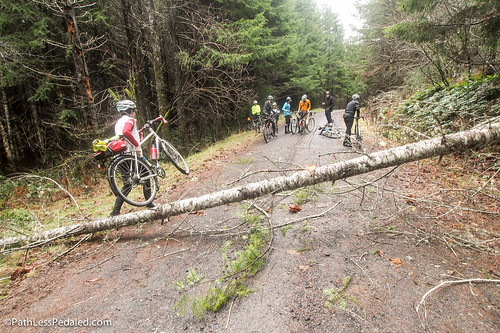 There were a few downed trees on some of the roads, but nothing a bike couldn’t get around or over.

For those interested in the route, you can find it here. A few route notes: 1) it’s a partial route since my Garmin apparently wasn’t recording, but you can pretty easily see the intended start/stop point 2) this variation of the route begins at the Coastal Mountain Sport Haus 3) if you don’t intend to stay at the Coast Mountain Sport Haus, begin your ride from Vernonia and connect to the route there 4) we rode it counter-clockwise but it is a better ride going clockwise because the climbs are more gradual and descents are smoother in that direction. Vernonia based route here.

In terms of other things to expect, bring everything you need to fix your bike. This area is pretty remote and any bike malfunction will result in a very long walk. In fact, it would be a good idea to bring a few riding pals along for the ride. Cross bikes or all-road bikes are ideal. You probably want no smaller than a 32mm tire. If you have good bike handling skills and aren’t afraid of a little gravel surfing, you could ride it with 28mm tires as well. I rode it with 33.3 Jack Browns and it was perfect except for one steep climb with some wet and loose gravel. The terrain is really varied. There are a few fast smooth dirt sections but there are also parts where it is loose, chunky and deep as well as one stretch with good fist-sized rocks. You will also have to walk around a few gates. Not a big deal. It is legal recreational access and the gates are there to dissuade motor vehicle use. Although there is some climbing on this route, everything is pretty reasonable. In fact, a vast majority of the ride is on some nice rollers. There are no services once you leave the highway so bring all the food and water you’ll need. In terms of navigation, a GPS with the route pre-loaded is necessary. There are a lot of logging roads you’ll cross and a GPS with the route will keep you on the right “road.” 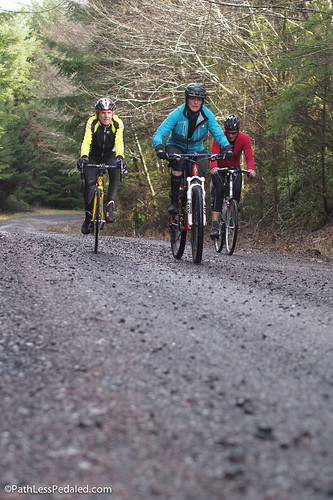 A Pinarello, Salsa Mariachi and Rivendell.

Enough disclaimer. Once you leave the Nehalem Highway, you’ll be treated to splendidly quiet roads. We were riding with a group, so we didn’t stop as often as we usually would to take photos. Highlights include the several creek crossings on the route. Everything was pretty high and brown because of the recent rains, but I can imagine during the summer they are clear and inviting. A lot of the roads had trees lining the route like sentries. At other spots, logging activity was clearly visible with barren hillsides that atleast afforded some great views of neighboring peaks. On some parts of the routes you’ll pass pastoral scenes of barns and small farms with cows watching you with curiosity as you roll by. What was enjoyable about the ride was how remote it felt even though it was relatively close to Portland. Modern civilization seemed distant and often the only sounds were of nearby creeks and that Rice Krispies sound your tire makes on dirt and gravel. In short, despite the weather, the riding was pretty awesome. 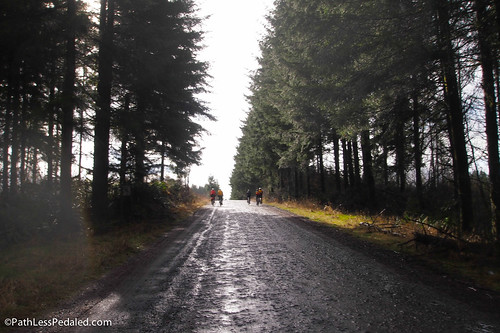 Doesn’t really do the area justice.

Compared to the Banks Gravel Loop that we rode a few weeks ago out of Stub Stewart, this ride felt a little more remote and rugged. There wasn’t as much climbing, but the surface of the roads made it seem a little more technically challenging (especially on the descents). It is also longer with less services than the Banks ride, so it is a good idea to pack a sandwich for a creek side picnic or a few bars in your jersey pocket. 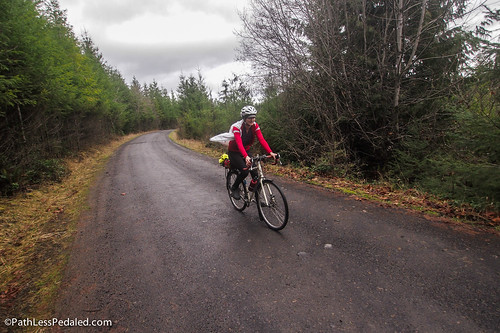 The ride ended at the Coastal Mountain Sport Haus where Sandy had prepared an awesome post-ride spread (complete with chilled beers in a bucket). When everyone came in, we ate and chatted about the ride. Some of us already scheming to ride this route again when we have better weather. 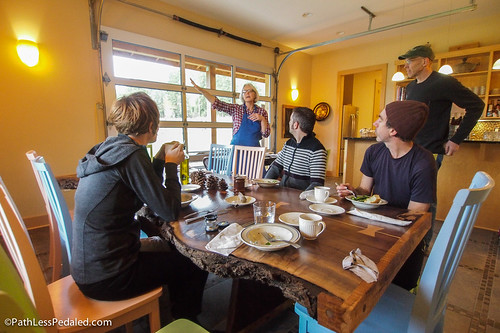 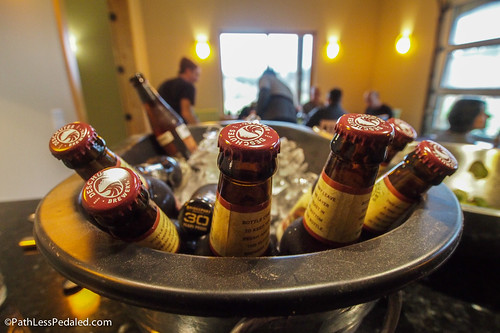 Also check out BikePortland’s account of riding this route a few years ago.