How do you tell a story from five years ago? How do you describe a memory that looms so large in your head that you’re not sure if you completely remember the “truth”? And, as you search for all the little details, how do you know what you were really scared of and what the lesson really was?

Tonight, I will be one of four storytellers at a bike-themed fundraising event here in Portland. (If you’re in town, join us!) Over the past few weeks, we’ve been working with the creative souls behind the Portland Story Theater, slowly fine-tuning our stories and how to tell them in front of a live audience. And the thing that has struck me most about this process is the way it has dug out all of the details that I haven’t thought about in years, leaving me pondering the “truth” of my memories and the extent of that “truth” that I’m brave enough to share. 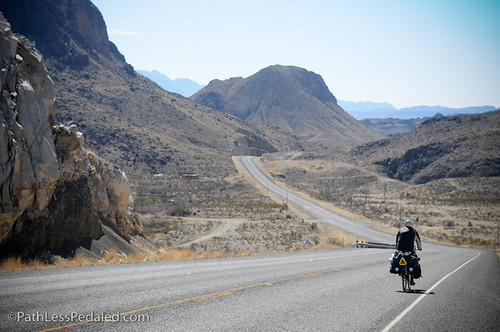 Five years ago, we were in the West Texas desert. We were exhausted, and we desperately wanted winter to be over. Yet, we were also in awe of the beautifully rugged landscape and the immense quiet. And set right in the middle of this frontier is the story that I’ll be sharing tonight.

At its core, it’s a story about bravery. Not the “bravado” that Hollywood tries to sell as bravery – but the quiet bravery of being anxious about an impending situation, while not wanting to admit it, and then going ahead because there are no other good options, and finding a once-in-a-lifetime experience that I easily could have missed. 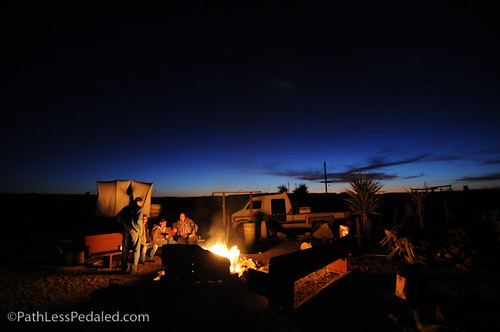 Which means that, as I have found my way to the precise words that I will be stringing together on stage, I have thought a lot about the concept of bravery.

Sometimes we don’t see our own bravery, because we assume that “being brave” means doing something “epic” or “hard-core.” But we’re not all afraid of the same things, so I’ve come to believe that bravery operates on a sliding scale. I didn’t see it at the time, but the more that I think back on our travels and prepare my story for tonight, the more I believe that bike travel is inherently brave. Not because of the unknown or the bears or the strange people – but because traveling by bike has an incredible knack for breaking down barriers and giving us glimpses into worlds that we would never otherwise see – and the simple act of being open to these experiences is bravery.