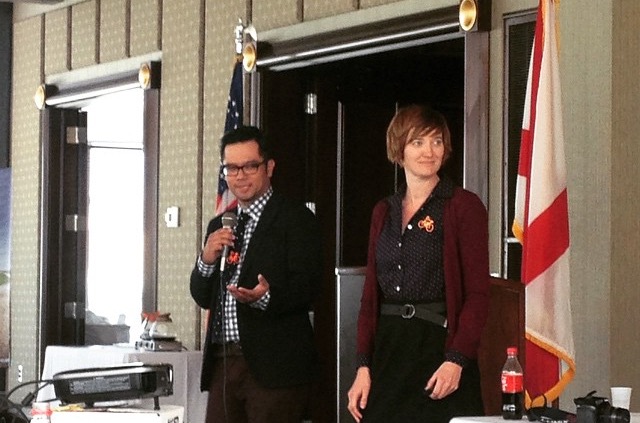 Our reputation as speakers is built on our ability to use stories and media to bring to life the whys and hows of incorporating bicycling into tourism development.

Since 2012, we have partnered with a variety of communities and tourism agencies to develop strong bicycling destinations and compelling marketing. This work has taken us to locations both likely and unlikely, allowing us to connect with supporters as well as opponents, and giving us an opportunity to study and learn from a variety of different initiatives.

In our speaking, we draw on these case studies (and our own travel experiences) to illustrate what we’ve learned to be the key tools to building a successful bicycle tourism destination and sharing it with the cycling world. Through images and video, we share compelling examples and specific tips, all aimed at not only inspiring our audience but also equipping them to bring bicycle tourism back to their communities.

Contact us to learn more about hosting us at your event.