Big wheel keep on turning
Proud mary keep on burning
And were rolling, rolling
Rolling on the river 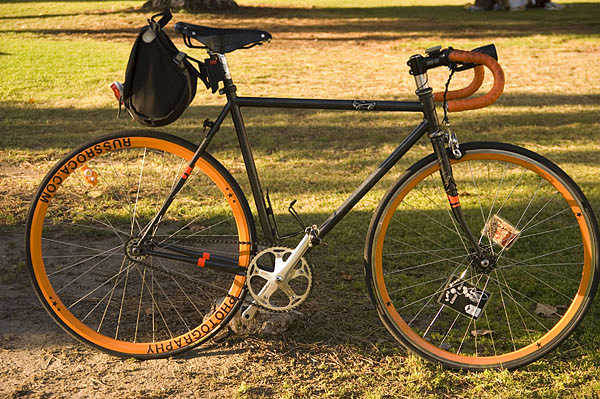 I just sold my Surly Steamroller to a nice guy named David that also happens to follow us here! Small world. The Steamroller was the first bike that I really wrenched on and modified. It has been a fixie (FGG #5042), a fixed gear tourist and in its final configuration in my hands – a three speed townie. Its nice and gratifying to see that it is going to be put to good use. David lives in Long Beach but works in downtown Los Angeles. He usually takes the Blue Line into downtown. He’s been using his bicycle more and is planning to go multi-modal with his commute. So while the Surly is no longer mine, I can rest assured that it will continue to be a global-cooling, fun-inducing ride for someone else!

Leave a Reply to Josh H